​​​​​Proper evaluation and diagnosis is imperative after a brain injury. Clinical Neuropsychologists are part of the team of Clinicians that help to establish your diagnosis and your future prognosis after a brain injury.  A Neuropsychological evaluation is a testing method through which a neuropsychologist can acquire data about a patient’s cognitive, motor, behavioral, language, and executive functioning. The data attained in testing can provide information leading to the diagnosis of a cognitive deficit, which areas of the brain are being affected, and thus providing the road towards the best treatment options available for the condition which has been diagnosed.

Causes of Traumatic Brain Injury
Traumatic brain injury is a result of a direct blow to the head. The force is large enough to break through the skull and damage the soft brain, or to cause the brain to move within the skull to a level of force where the brain is damaged by the sharp edges inside of the scull.

About 50 to 70 percent of all traumatic brain injuries are the result of car accidents. Other causes include:  Slips and falls. Work accidents. Violence/Assault. Sports-related accidents.

An acquired brain injury is one that has occurred after birth, and is not hereditary, congenital, or degenerative. Common causes of acquired Brain Injury include: Airway obstruction. Near drowning. Choking. Injuries in which the chest has been crushed. Electrical shock. Lightning strike. Trauma to the head or neck. Severe blood loss. Artery impingement. Shock. Heart attack. Stroke. Arteriovenous malformation. Aneurysm. 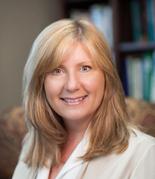 Prognosis Of A Brain Injury